In a year's time, the Spin has become the most innovative offense sweeping the nation. In this first of four instructional videos, Brad Scott explains his version of the Spin: the basic spin run plays from his no back spread formations. Coach Scott explains that he went to the Wildcat Spin offense because "We did not have the best athletes and this offense enabled us to compete right away." Using the Wildcat Spin, they tripled their rushing yardage in 2007. From 500 rushing yards in 2006, they also improved to over 1,600 yards this past season. 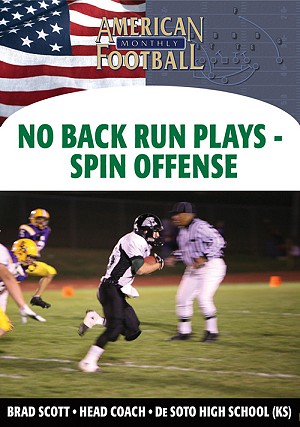