Brad Scott, describes his No Back Passing Game in this, the third of four videos on the Wildcat Spin offense. Last season his team threw nearly 60 times less than in 2006 but improved their yards per catch average from 13 to 22 ypc. The passing game, according to Coach Scott, helped improve the running game. "By spreading out the defense with the No Back Passing Game we had to be covered by width and depth from sideline to sideline," said Coach Scott. Five specific pass plays are detailed in this video. Coach Scott also explains the alignments, footwork, timing, routes and blocking assignments vs. the four man front, Cover 3 defense.

In this video, you will learn from Coach Scott: 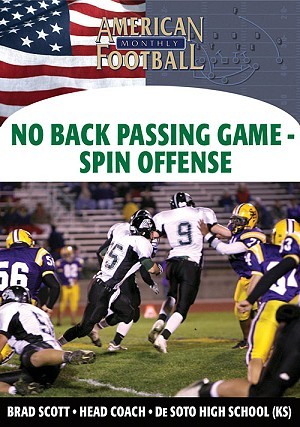