Brad Scott refers to the Spin Screen Package within his Wildcat Spin Offense as the 'Dagger.' It's the play that's the game breaker for his offense. Coach Scott details the nuances of making the Spin Screen successful in this video. His team used this play ten times in 2007 and nine times gained positive yardage. On two occasions--a fourth and seven and a fourth and 25--the Spin Screen was called and both resulted in touchdowns. Coach Scott explains three specific Spin Screen plays. Proper alignment, footwork, timing and blocking assignments vs. the four man front Cover 3 defense are also detailed.

In this video you will learn from Coach Scott: 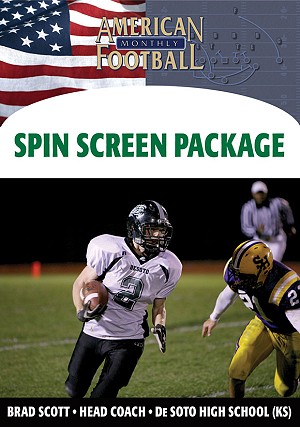