In this video Coach Jim Girard of Wayland High School (MA) focuses on how to defend three different Wing-T plays--the trap, buck sweep, and waggle pass--with the 30 Stack defense. The keys, according to Coach Girard, are having dominant team speed and an outstanding nose tackle. Often Wing-T teams decide to double down the nose player freeing other defenders to make the tackle.

In this video, you will learn from Coach Girard:
* The key elements to defending the Wing-T with the 30 Stack defense.
* The importance of having an outstanding Nose Guard.
* How to effectively defend three staple plays of the Wing-T offense: the trap, buck sweep, and waggle pass.
* What to do when your Nose Guard is double teamed in a combo block.
* BONUS PACKAGE (what ifs?): Coach Girard answers questions related to defending the Wing-T including blocking protections against the 30 Stack defense.

Coach Girard:
"Against the Wing T it's important to be in an odd front with a dominant nose player. If he's doubled, other defenders must come in to make the tackle. We treat the Wing T also like the option; that is, assignments to a progression of plays." 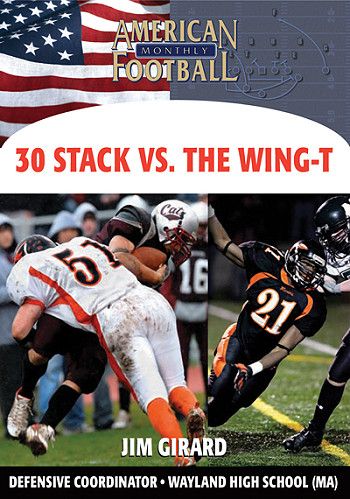