Defensive Coordinator Steve Tutsie of Warren Central High School in
Indianapolis believes in an attacking, pressure defense. DC of a four-time
state champion, Coach Tutsie demonstrates both man free and zero blitzes in
this DVD. All of the specific blitz packages are designed to put as much
pressure as possible on the opposing quarterback.

In this DVD, you will learn from Coach Tutsie:

"We've described in detail our man free and zero blitzes in this DVD.
They're designed to both confuse the offense and maximize pressure against
the quarterback. The blitz packages included are low risk but with the
potential of great rewards.' 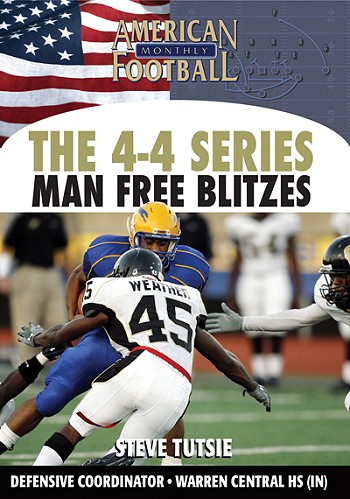