Make no mistake. This is not a 'trick plays' video. Coach Gibson, innovator of the Combo offense (later called the Spin offense) has revealed for the first time the seven plays that he runs when he needs to change the course of a game. These are not gimmicky plays, but rather plays you can add to you game plays and run multiple times per game.

If you're looking to make your Spin offense even more difficult to defend, this is the video for you. The plays you learn in this video:

Spin Wedge - a unique play with the fullback running the ball. A great play with all of your offensive line force focused on one player. A great short-yardage play with big potential to be a game breaker.

Spin Sweep Pass - this is a must-play in the Spin offense. It's a big potential game breaker off the Spin Sweep that can be ran multiple times per game.

Spin Option - a different wrinkle in the backfield with the Chaos Motion but still giving you the ability to run the option down field. This is a difficult play to defend.

End Around - this is a chance to get the ball into the hands of one of your fast end receivers from a tight end position with the double reverse look in the backfield. This play has a lot of misdirection with great scoring potential.

Spin Waggle - this play can be ran from any formation and is great in the red zone. The Spin Waggle gives you a chance of a game breaker with the quarterback running a bootleg and having a run/pass option.

Spin "G" Eagle - a different blocking scheme with a direct snap to your fullback that can get some tough yards. Don't be fooled though, this play has all the potential to bust a long run. 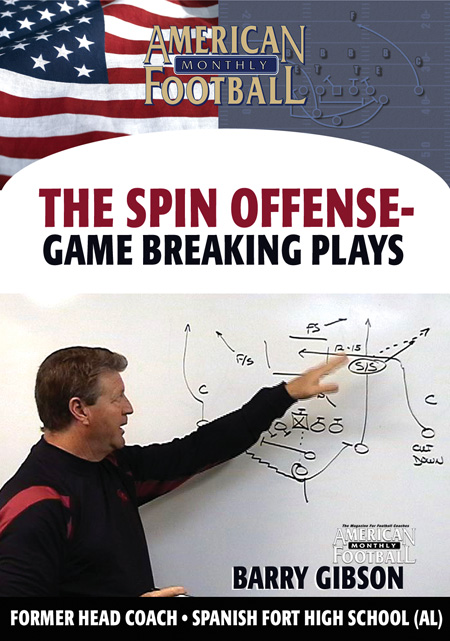