In this video, Coach Martin will discuss in great detail the bread-and-butter of his offensive system - the mid-line, inside veer and outside veer. These systems put a lot of pressure on the defense by forcing them to simplify their schemes while accounting for three offensive threats. In three years of running the Double Slot Option at a previous school, Coach Martin's teams averaged 30 points per game and concluded the 2006 season as undefeated conference champions. 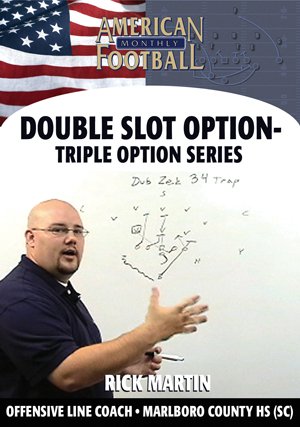