Coach Rick Casko has a proven track record of rebuilding programs with average high school players. Currently the head coach at Cass High School in Cartersville, GA Coach Casko explains the 3-step passing game in this video. He describes the importance of the Boot Pass and how play action passes can be effective off of the counter. Coach Casko also discusses blocking assignments and backside protections for both boot pass plays and the 3-step passing game as well as running precise passing routes and his concept of 'maximum protection.' 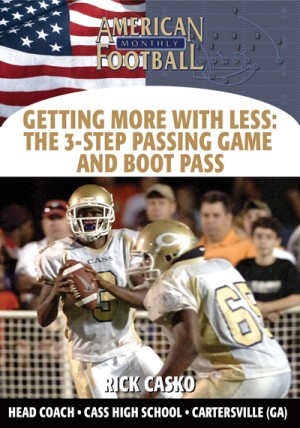