A double tight end set gives defenses adjustment problems, forces cover personnel to play the run, and creates a physical demeanor in your team. In this, the fourth of a 4-set instructional video series, Coach Ron Aydelott of Riverdale High School in Murfreesboro, TN explains his short yardage package and the double tight end set. Riverdale uses the tight end set at any time or situation during the course of a game. Coach Aydelott discusses his strategy of the double tight end offense, explains specific formations and details the blocking assignments and responsibilities for both the running game and passing game.

In this video you will learn from Coach Aydelott:

Coach Aydelott:
"This short yardage package can really be used at any time during a game. The defense must prepare for two tight ends and most defenses don't like to do so without special personnel. This offense creates gaps by alignment, forces the defense to play run, and sets up the play action pass that can produce big plays." 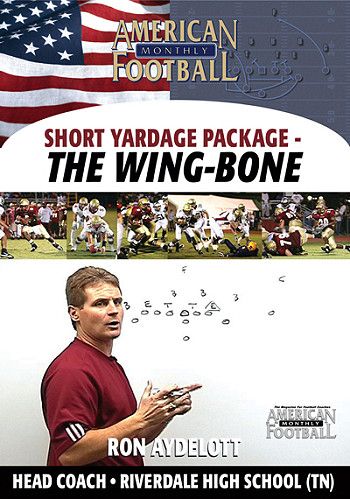