Josh Gehring is the Quarterbacks Coach for Wisconsin-Whitewater, the back-to-back NCAA Division III National Champions. He previously was the Offensive Coordinator at Morningside College which led the nation in scoring in 2008, averaging 48 points per game. While at Morningside, Gehring was named Assistant Coach of the Year by the AFCA. In this DVD, the first of a three-set series, Coach Gehring provides a philosophical approach towards evaluating and developing the quarterback position. He also details how to develop the position through a teaching progression, throwing mechanics, and pre-snap reads. In this video, you will learn from Coach Gehring:

• UW-W’s teaching philosophy of the QB position.
• The intangibles needed to maximize a QB’s potential.
• The skills that matter most at this position.
• A detailed teaching progression in seven steps including ball security, stance, proper drop back, development of mechanics, and coverage recognition.
• Pre-snap read progressions in a five-step process. 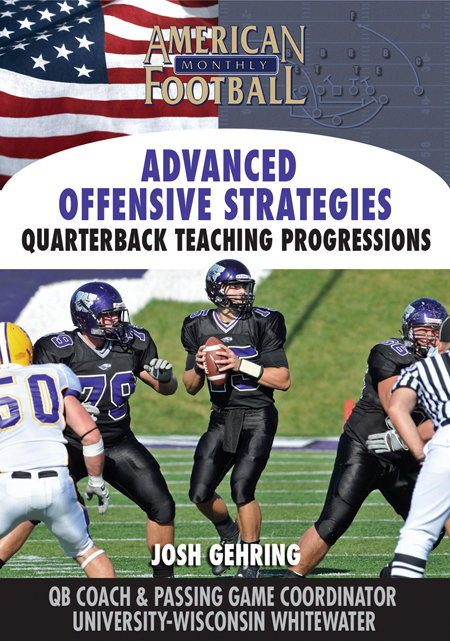