CLOSE - X
The Spread Wing-T offense also has two passing components – the Quick Pass and Screen and the Drop Back Series – that can be adapted to any offense. Coach Rich Hargitt outlines the Quick Pass and Screen Series in this DVD, the fifth video in a six-set series. The Passing Game Coordinator and Quarterbacks Coach at Nation Ford High School in Ft. Mill, SC, Coach Hargitt outlines nine different passing plays. Included are the Tunnel Screen, Bubble Screen, the Out, Slant, and Under plays. This video shows coaches how to beat the blitz and keep the chains moving.

In this DVD, you will learn from Coach Hargitt:

• The concept of the quick pass and screen series within the Spread Wing-T offense.
• The Tunnel and Bubble/Swing Screen.
• The Hitch pass in which the QB has four stationary targets.
• Additional pass plays run from either a 2x2 or 3x1 set.
• Specific ways to attack a Cover 3 defense. • Specific plays to attack both man and zone coverage.
• Discussion of protection schemes
• Multiple Screen variations
• Hithc and Stick series 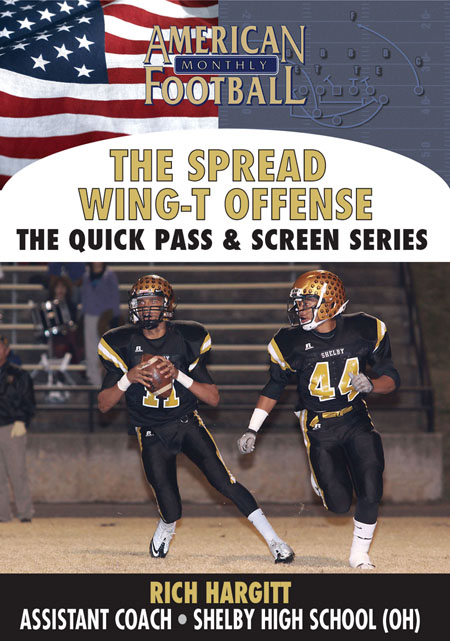