CLOSE - X
Coach Taylor Burks instituted the 3-5-3 defense while coaching at Georgia Military College. Coaching at GMC for nearly a decade, Burks annually had the Bulldogs ranked among the top JC defenses in the country. Now the DC at Hillwood High School in Nashville, Burks just completed a three-set series of DVDs on this defense. The first one of the series includes ‘Advanced 3-5-3 Techniques Against the Run.’

In this DVD, you will learn from Coach Burks: 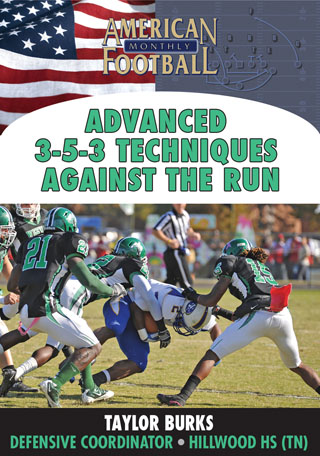